Are you tired of making losses over and over again on Olymp Trade?

Have you tried making your own strategies, tried using them on your real account but still failed?

Well, I’m more than sure that there are thousands of other strategies that you haven’t tried. Probably because you think they don’t exist.

But, what if I told you that the strategy we are about to discuss on this post was once used by its developer to turn a $5,000 into a 100 million dollars; would you still not use it?

What is the Turtle Trading Strategy?

The Turtle Trading Strategy is a breakout and a trend following strategy.

It is based on a set of rules aimed at timing entry into the market, tracking the trend, and exiting the trade at specific points.

The basis of the strategy is to enter trends at early stages, of which range breakouts are used to time market entry.

The importance of early entry is that the initial stages of a trend are most times where momentum is strongest/sustained and you know what? That is where the most money is made!!

100% Bonus for Deposits Made Within the Hour of Registration
Review
Trade Now
* * Risk Warning: Forex and FTT trading involve significant risk to your invested capital.
2

100% Bonus for Deposits Made Within the Hour of Registration
Review
Trade Now
* * Risk Warning: Options trading involves significant risk to your invested capital.

History of the Turtle Strategy.

Just to take you back a little bit, the Turtle Strategy dates back to the 1980s and has been in use since then to-date. Richard Dennis, a famous and successful trader believed that anyone could be taught to trade.

To Richard, this meant that traders could be grown in a similar way to how he had seen baby turtles being grown in Asia. In fact, Richard Dennis started to train traders in a period not less than 2 weeks then gave them capital to manage.

These students were referred to as “Turtles”.

These “Turtles were given Richard’s own money and taught a series of rules relating to the trading system. These covered the markets to trade, position-sizing, entries, stops, exits, and tactics.

Richard Dennis aimed at creating a mechanical strategy that allows traders to follow rules and not rely on emotions and ‘gut feelings’. This means the Turtle trading system does not include an aspect of trading psychology. You can get the rules on the Turtle’s rule book.

The Turtle Trading Strategy works on daily chart movements and channel breakouts and is designed to follow market momentum. This means, you should buy strength and sell weakness.

Breakouts trigger entry and a trader can then keep the position open for as long as the trend remains strong.

The assets traded by the turtles included commodities, Forex, metals, energy, bonds, and the S&P 500.

The turtles were looking for highly liquid markets so that their trading activity did not move the market to any degree. This also meant they could get in and out of a position quickly and easily.

With respect to position-sizing, the system aims at improving diversification by ensuring that each position is the same size in every market.

To measure the volatility of a market, the 20-day Exponential Moving Average of the True Range or simply the Average True Range Indicator is used.

Two different entry systems are used in this system. The first is a simple 20-day breakout (20-day high or low) while the second is a 55-day breakout. The two systems work together and complement each other.

Winning positions are added to, up to a maximum of 4 entries. We shall see what that means shortly. The idea behind the dual breakout system is to identify and profit from newly developing trends.

It is typical of new trends to most often get underway after a breakout.

How to trade breakouts on the turtle strategy.

A breakout is where the price starts to move strongly in a new direction, moving outside of a determined range and breaking new highs or lows. However, not all breakouts grow into trends that are big enough to profit from.

The 20-day high/low breakout is called the turtle’s fast breakout and is designed to enter trends early on. Its aim is to build a position at the initial stages as the new trend is just forming. The turtles used this breakout only if the previous 20-day breakout failed with the price moving back into the range. Failure of a previous breakout gives the next a higher probability of success.

The 55-day high/low breakout is the turtle’s slow breakout signal and allows for greater retracements than the fast system. This means that the trend lasts longer and is strong. The turtles would trade this breakout irrespective of whether the previous 55-day breakout failed or succeeded.

When the turtles traded, they opened the position with one “risk unit”. It was them accumulated in equal units depending on the trend direction. If the trend moved in the expected direction, the position size was increased up to the limit.

When the price breaks out of a 20-day or 55-day range and makes a new high or low, the system triggers a buy or sell entry respectively.

As the trend rises or falls further, the first Accumulate signal is triggered.

To accumulate means that you lock profits and add units as the price moves up or down in steps of a distance of ½ N from the point of entry.

N is the average daily movement of the market. The first Accumulate signal is at ½ N, the second at 1N and the third at 1.5N from the entry price, and so on.

The N factor is obtained readily from the Average True Range Indicator. For example, for a particular day, the currency pair EUR/USD may have N=0.0090. This means that the average daily movement of EUR/USD is currently 0.0090 or 90 pips.

To convert that to dollars, get the size of the contracts you will be trading and multiply by 0.0090. For example, with a contract size of $1000, Dollar volatility will be 100 multiplied by 0.0090 to get $9. That means that the average daily dollar movement of one contract of EUR/USD will be $9.

In this strategy, positions are always sized using equal risk slices called units. One unit represents 1% of the risk. With an account of $10,000, one unit has a monetary value of $100 which is 1% of $10,000. For the currency EUR/USD discussed above $1000/$, 9 will make 11 contracts. That will mean that EUR/USD will be traded in 11 contracts for that account size.

Let us take this example to understand better.

Let us see how the accumulate signals would be – given that the trend continues upwards from the entry price;

Let us also see how the accumulate signals would be if the trend continues downwards from the entry price;

With respect to growing the position, you only do so when conditions are right – as long as the trend persists.

If for example in the upward trend, the next price we were getting after 1.3135 was lower than it, then the trend is not allowing us to continue adding more units upwards.

The same applies to the downward trend. If the next price we were getting after 1.2865 was higher than it, the trend is now not allowing us to continue adding more units downwards.

That is where the turtle’s rules on stop-losses come in.

Turtles were to exit the trades whenever the predetermined prices were met. This means that they avoided carrying losing trades and holding out in the hope that the market might turn around and favor them.

Reducing the position was also based on the N value. There was a 2% rule where if the position moved against them by more than 2N, then it was always closed.

The turtles used trailing stop losses to lock profits and if the market moved in their direction the stops of the earlier added units would be raised or lowered according to the trend direction.

Eventually all the trends come to an end and a profit-taking rule has to be well defined.

The turtles were instructed to use limit orders rather than market orders. A limit order means that the order will be executed at a price better than the current market price. This helps to avoid hitting random price spikes which can occur when accepting an order at the market price. Using limit orders can also reduce spread so that it will widen in the direction you want.

Now that you have understood how the turtle trading strategy works, apply it on Olymp Trade for Consistent wins.

Like most traders today, not all turtles would follow the rules. Some lacked confidence in the system as others thought it was simply a game.

However, you will realize that sticking to a system will alleviate the psychological torment one might face while trading.

The information provided does not constitute a recommendation to carry out transactions. When using this information, you are solely responsible for your decisions and assume all risks associated with the financial result of such transactions. 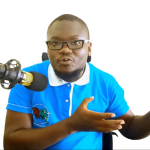 Register
By continuing to browse the site you are agreeing to our use of cookies.